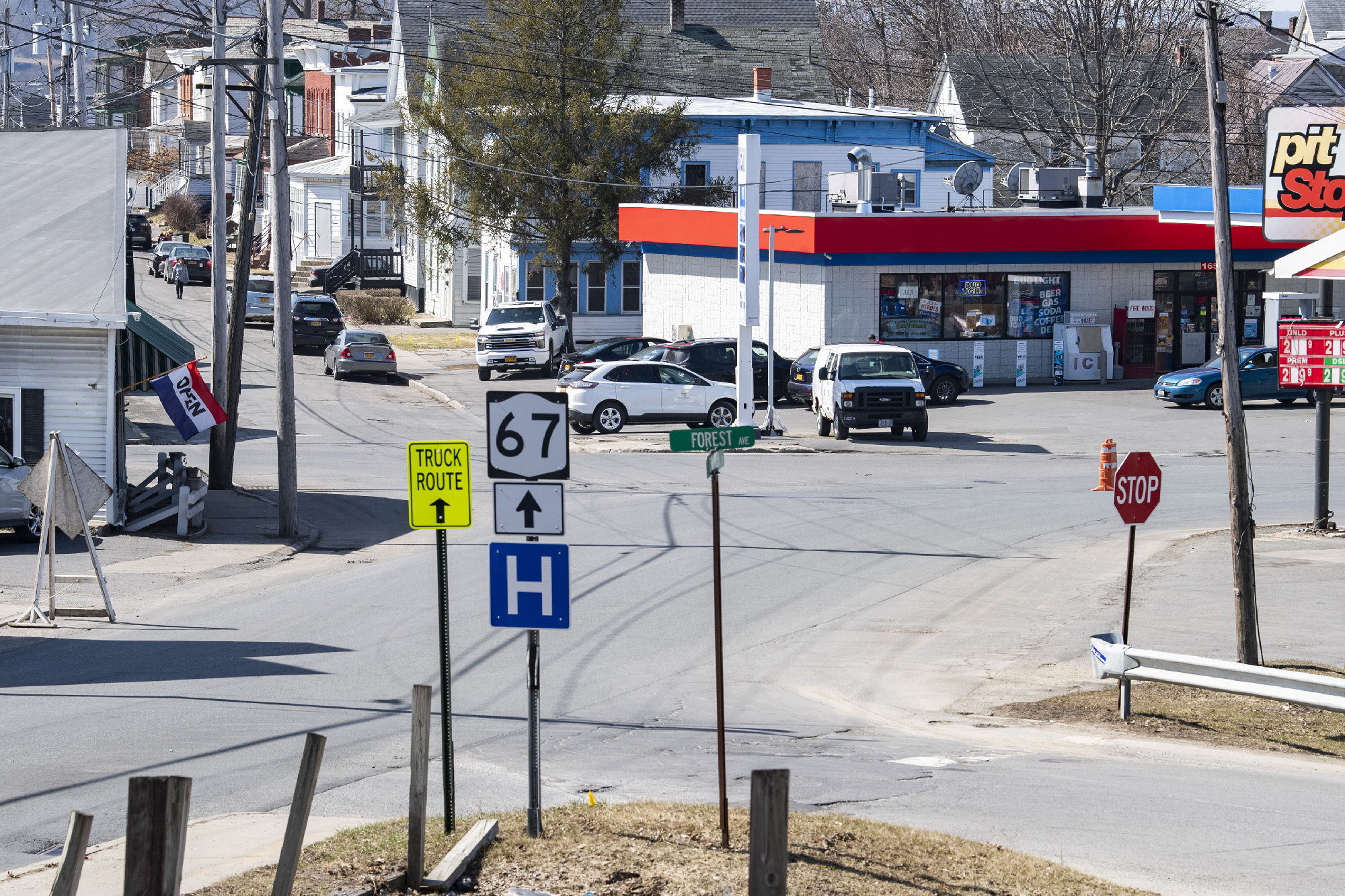 Amsterdam has long-term plans for Five Corners in mind

AMSTERDAM – The city has temporarily taken possession of the former commercial property near the Five Corners intersection so that environmental assessments can move forward this year.

The work is intended to help the city develop plans for the eventual rehabilitation and reuse of the abandoned site.

Montgomery County received a US $ 300,000 grant from the US Environmental Protection Agency in March to conduct environmental assessments on four identified wasteland.

The grant funds will be used to conduct Phase 1 and 2 environmental studies at each of the sites, study the land use history of each property and any known contamination at each site, and conduct site tests to identify contaminants present in the soil or groundwater. The studies are used to develop reuse and redevelopment plans for each property.

The Montgomery County Legislature awarded Weston & Sampson a $ 300,000 contract in April to complete the environmental reviews and develop reuse and remediation plans for each of the properties.

Although Five Corners’ fallow land has been behind with paying taxes for some time, the city has refrained from sealing the property over the years due to liability concerns related to possible site contamination, according to Mayor Michael Cinquanti.

The 3.4-acre property was reportedly once inhabited by Kelloggs and Miller, a linseed oil maker. The property may also have housed a fuel store and landfill in the past.

Due to the historical use of the site, officials have pointed out the likelihood of volatile organic compounds and petroleum contamination in the soil and groundwater on the property. On-site inspections to confirm the presence or level of contaminants have never been conducted.

The property is currently owned by Paul and Michael Gordon, officials said, and has been inhabited by a mall in recent history that included a P&C market. Cinquanti recalled the presence of ripples in the grocery store’s uneven floors, apparently caused by the unpaved ground beneath the commercial building, which has been closed and abandoned for more than a decade.

The city recently temporarily acquired ownership of the Five Corners property so that the county engineering firm can conduct soil and water samples on the site. This work should start shortly. The results and an associated redevelopment plan for the site will be presented this year so that the city and the district can apply for grants for the redevelopment of the site for reuse.

“It’s a necessary first step in doing an environmental assessment, and then once you know exactly what’s there, you can clean the property from there,” said Matthew Ossenfort, Montgomery district manager. “These things take a long time.”

The results will also allow the city to consider initiating foreclosure proceedings to acquire full ownership of the property, implement the redevelopment plans and ultimately market the property to developers.

Cinquanti highlighted the property’s potential for redevelopment in one of the city’s busiest streets. City officials are discussing possible plans to reuse the site, which are currently focused on the potential for a mixed-use residential and commercial project. These ideas will be more fully fleshed out when the city’s $ 90,000 state grant application to update their comprehensive plan is successful.

â€œIt’s a great place, just getting interest in this property was one of my top priorities because I will know as soon as it has been tested, as soon as the results are in, as soon as everything is cleaned up, once the building that is there is being knocked down. “down … it will make it a prime buildable lot in town,” Cinquanti said.

An anticipated schedule for the site’s redevelopment and redevelopment of the property cannot be estimated at this time, Cinquanti said, based on the limited information currently available on the site’s environmental status and the amount of funding required.

Plans to better align the intersection of Church Street, Kellogg Street, Jay Street and Fourth Avenue – also known as Five Corners – were originally designed for the Church Street rebuilding project in the city. The city received a $ 900,000 grant from the state dormitory authority and a $ 1 million grant from the DOT in 2018 to help cover the cost of the project.

The project aims to rebuild part of Church Street to address issues that arose after an earlier remodeling project that was completed in 2008. Upon completion of the work, local residents found that the passage of heavy vehicles on the street made their homes vibrate, raising concerns that the activity would cause structural damage.

The rebuilding project has suffered repeated delays and should finally get underway in 2020 before the pandemic put plans on hold again.

The city was forced to turn down bids for the project earlier this year after an oversight resulted in the women’s and minority owned corporate goal requirements being removed for the state-sponsored work, disqualifying the bidders. Each of the bids returned also exceeded the project budget by just $ 300,000 and even $ 1 million.

In the renewed call for tenders in May, the city did not eliminate essential elements of the project. The city published the new offers in June, most of which are in line with the project budget, and is expected to award an order for the project later this month. The project includes the full reconstruction of the sidewalk of approximately 0.85 miles of Church Street from Forest Avenue to Clizbe Avenue and associated infrastructure work.

The city has reportedly removed plans to refurbish the Five Corners intersection as part of the Church Street rebuilding project to reduce costs based on the recommendation of the city engineer and after consulting the State Department of Transportation.

According to Cinquanti, when the funds were first awarded to the city in 2018, the funds could have covered the total costs of the originally planned project, but not in the current year, as construction costs have skyrocketed due to the pandemic.

“We don’t have enough money now to do all of this,” said Cinquanti. â€œWe did that, we don’t do that now. It was a moving target. “

Budget constraints aside, Cinquanti agreed to the recommendation to remove plans for the Five Corners from the project as the abandoned commercial property is expected to be redeveloped one day, which will affect usage at the intersection.

He pointed out that the original plan was more of a subtle redesign of the Five Corners than a complete redesign that could support a new project at the intersection.

“I want a future that will last more than two years, I want to know what’s going to happen before I spend all that money on this Five Corners intersection to remodel it and find out this is not going to work,” said Cinquanti. “We’re going to make a decision about what will be on this property, and I think it’s time to say what we do with the Five Corners?”

At that point, Cinquanti said the city will apply for grants to fix the intersection and may get support from the developer who will eventually take over the wasteland and have a legitimate interest in propping up the Five Corners.