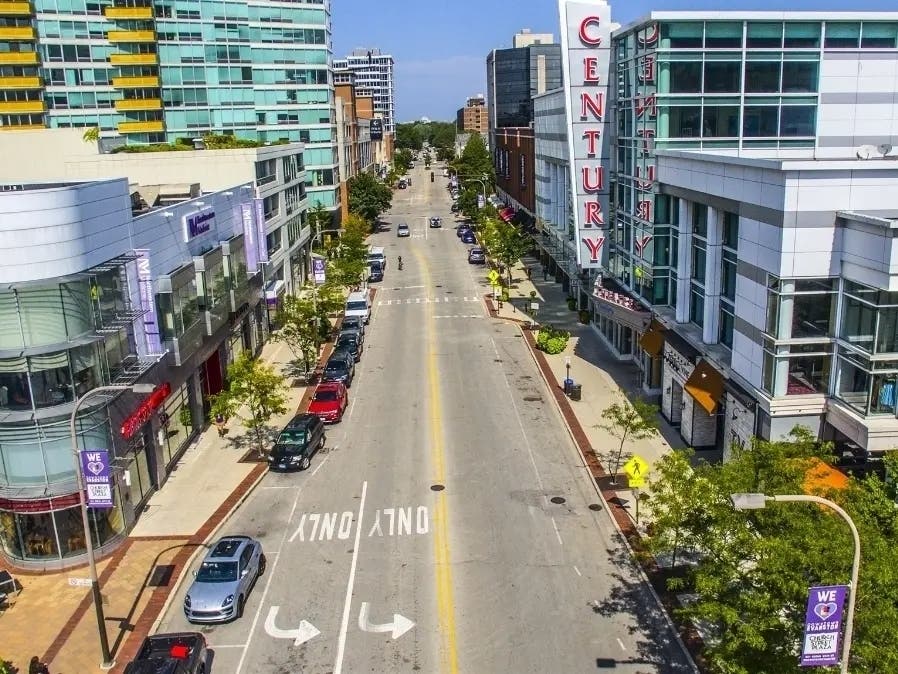 EVANSTON, IL – The new owner of Church Street Plaza has struck a deal with America’s largest theater operator to bring movies back to downtown Evanston.

A trampoline park, video game facility and local chain of taco shops are among the other businesses that recently signed leases with developer GW Properties, according to co-owner Mitch Goltz.

AMC Theaters has leased a dozen screens from the former Century 12/CinéArts 6, which was permanently closed during the first wave of the coronavirus pandemic. Goltz told Patch that it hopes to open its doors to moviegoers as early as May.

“The theater has been an integral part of this project and the downtown Evanston landscape for many years and it was a shame when it closed along with many other businesses that had to close during COVID,” Goltz said. “I think the site and location have proven very successful and we welcome AMC back to this project as they know they fill a market need and consumers will be very satisfied.”

The remainder of the space, formerly used for showing art house films, is to be converted into a Sky Zone Indoor trampoline park, according to the developer, who is also its landlord in Vernon Hills and other locations. The Los Angeles-based chain intends to welcome customers to Evanston starting this fall.

“You’re top of the class. You’re going to bring a young demographic to downtown Evanston that has otherwise been lacking,” Goltz said. “It will definitely bring some new bodies and families to the area.”

Former theater operator Cinemark stopped paying rent and terminated its lease after activating a clause that allowed it to get out of the contract if government officials declared it illegal to operate cinemas.

In January 2021, a judge agreed that Gov. JB Pritzker had done so with these March 2020 executive orders. In November 2021, GW acquired the property from San Francisco-based Stockbridge Capital Group.

Stockbridge bought the development for $70 million in 2013, but Cook County real estate records show three lots of the site sold for less than $1.7 million in combined transactions.

The changes to the site include the permanent closure of Terra & Vine through the end of next month, according to Goltz.

Owner and chef Alpana Singh has previously announced plans to open a restaurant of the same name in the River North neighborhood of Chicago. Terra & Vine representatives did not immediately respond to a request for their closing date.

Goltz told Patch that redevelopment plans are well underway, with most of the 200,000-square-foot development now leased.

“We were encouraged but not surprised by the great interest we have had in this project from companies, as evidenced by the fact that we have signed over seven contracts since the project was completed,” he said. “As such, we are committed to filling the rest of the space and taking this project to a location that is hopefully better than when it opened.”