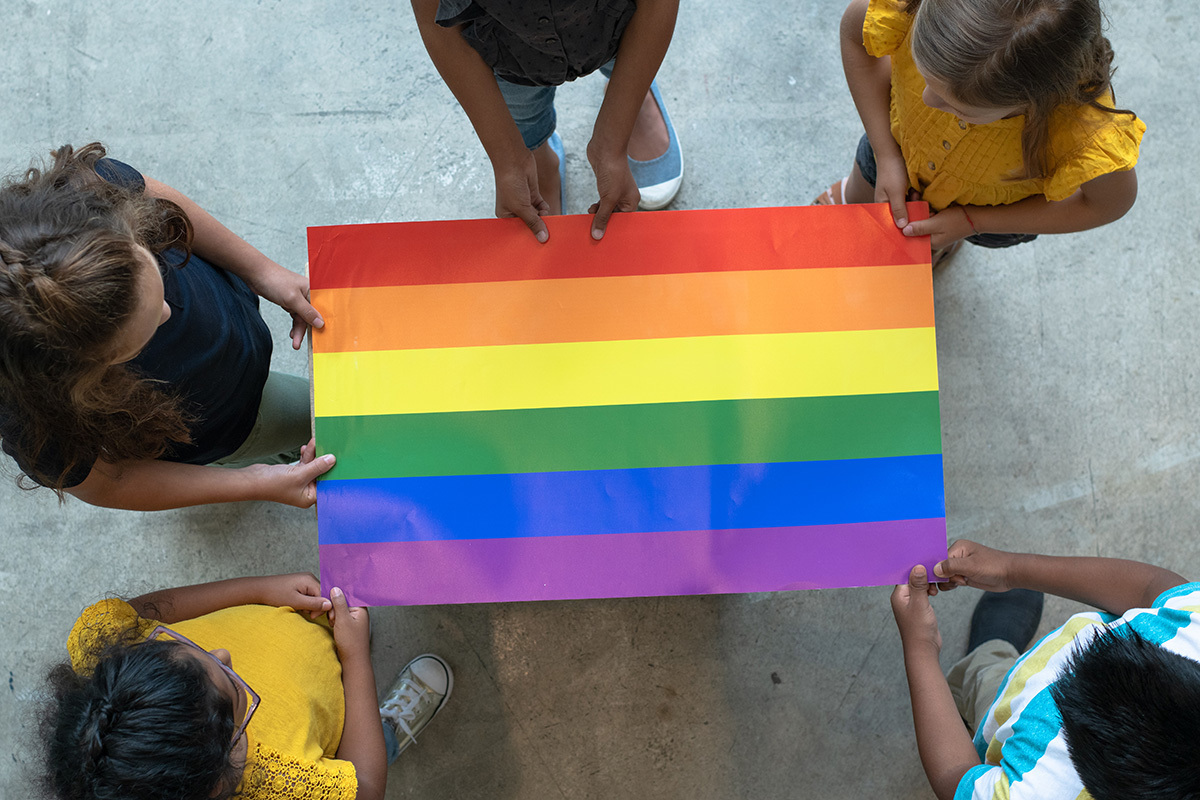 13 things the church can learn from the LGBT community

Regardless of whether you agree with their lifestyle, you must respect how LGBTQ activists transformed American society in one generation. Conversely, during the same period, Bible-believing Christians and their values ​​transitioned from mainstream society to a shunned minority.

As a strategist, I enjoy studying influential social movements. I was fascinated by how this once minority movement influenced every aspect of Western society in just a few decades. The following things the church can learn from the LGBT community are based on my strategic observations:

1. They humanized their lifestyle

Countless films, novels, plays and sitcoms have been released to normalize their lifestyle in the eyes of society. The LGBTQ community has been characterized as oppressed victims or normal people with normal lives and problems living productive lives in society.

Today’s Church urgently needs to be humanized in the eyes of the nation. Instead of the ignorant, biblical, hateful, bigoted image that the media portrays of the church, Christians should create films, novels, plays, music, and theater that characterize them as people who hurt, weep, experience failure, and pain while they are the most charitable, creative, forgiving and loving people on earth.

2. They influenced the media

While the past generation evangelical church focused on political action, the LGBTQ community focused on influencing Hollywood films and mainstream media. They were smart enough to change views about culture before trying to shape and change politics. The evangelical church has learned that mere political influence is not enough to earn respect and is trying to influence culture again by creating high quality films, arts and entertainment.

After influencing American culture through the media, the LGBTQ community successfully campaigned for their rights, gained influential political allies, and changed laws. In addition, they understand that they can influence policy not only by nominating candidates for office, but also by completing an internship, volunteering, or joining the staff of elected officials.

Since the 1970s gay activists have successfully replaced their official academic terminology “homosexual” with the word “gay”. It was a brilliant move because the word gay has emotional and cultural connotations of being happy and carefree. Other brilliant moves they made were co-opting the biblical symbol of the rainbow and using the popular word “pride” to brand their global movement (Genesis 6-9).

5. They reshape debates and politics

A perfect example of policy realignment is the recently successful characterization of the Florida Parental Rights in Education Act, which bans teaching about sexual orientation and identity in kindergarten through third grade, as the Don’t Say Gay law. They have competent media and marketing strategists who are able to formulate narratives that can change opinion in society.

6. They never give up

For the past decade, when I’ve been in Albany trying to debate politics, lawmakers have dubbed the evangelical church “the cracker crowd.” They said the church makes a lot of noise when a problem arises, but never pursues its lobbying after its initial response. However, the LGBTQ community continued to push for same-sex marriage even after all states initially voted against it (about a decade ago).

They have not shied away from engaging with religious communities that typically do not align with them ideologically (e.g., LGBTQ organizations like Soul Force, which engage in friendly dialogue with evangelical churches). Also, the LGBTQ community has successfully influenced many historical denominations such as the United Methodist Church, the Episcopal Church and beyond. The UMC has been in the news recently because its affirmation of LGBTQ values ​​has caused a major split within its ranks.

8. They use a method called gradualism

In the 1990s, the word used consistently in the media in relation to the treatment of gay people was “tolerance”. Now gay activists have successfully transformed much of mainstream culture into celebrations of the gay lifestyle. They were smart enough to gradually change opinions about culture. An “all or nothing” approach rarely changes societal views.

9. They had a generational strategy

The book After The Ball laid out a unified generational plan to shift cultural opinion in favor of the gay lifestyle. Conversely, many in the church have only a one-generation approach to maintaining their faith.

10. They integrate their lifestyle into every aspect of their life and calling

In general, the LGBTQ community effectively integrates every aspect of their life and calling into their worldview. Unfortunately, many Christians serve God in the church but are left in the workplace as representatives of the kingdom.

11. They put their money into their cause

In their 2011 fight for same-sex marriage, both NYC Mayor Michael Bloomberg and Tim Gill gave millions of dollars to support New York State Senators who would vote for gay marriage.

In my previous political endeavors, I’ve been told numerous times by elected officials that the deep pockets of LGBTQ activists affect their election simply because candidates feel they need that money to be re-elected. In general, elected officials don’t care how many people attend church, what matters to them is “how many people vote” and “how much money they raise” for political elections.

12. They unite annually with mass rallies

The annual gay pride parade attracts millions of its supporters in many cities around the world. This clearly demonstrates the combined power of their voice. In the past, some in the evangelical church tried annual gatherings like the March for Jesus. It started off very strong but eventually lost much of its momentum and stopped working in many cities.

13. Your views are disseminated in public education

Decades ago, the LGBTQ community began adopting groundbreaking children’s books used in public education, such as: Heather has two moms. Curricula like this ensure that their perspective will continue to shape the dominant cultural worldview through education. On the other hand, Christians who do not prioritize the teaching of their children will invariably fail to transmit their faith to succeeding generations.

dr Joseph Mattera is an internationally renowned author, consultant and theologian whose mission is to influence leaders who influence culture. He is a founding pastor of the Resurrection Church and leads several organizations including The US Coalition of Apostolic Leaders and the Christ Covenant Coalition.

To order his books or to join the many thousands who subscribe to his newsletter, go to josephmattera.org